The Power of Adaptogenic Herbs: Ashwagandha and Andrographis 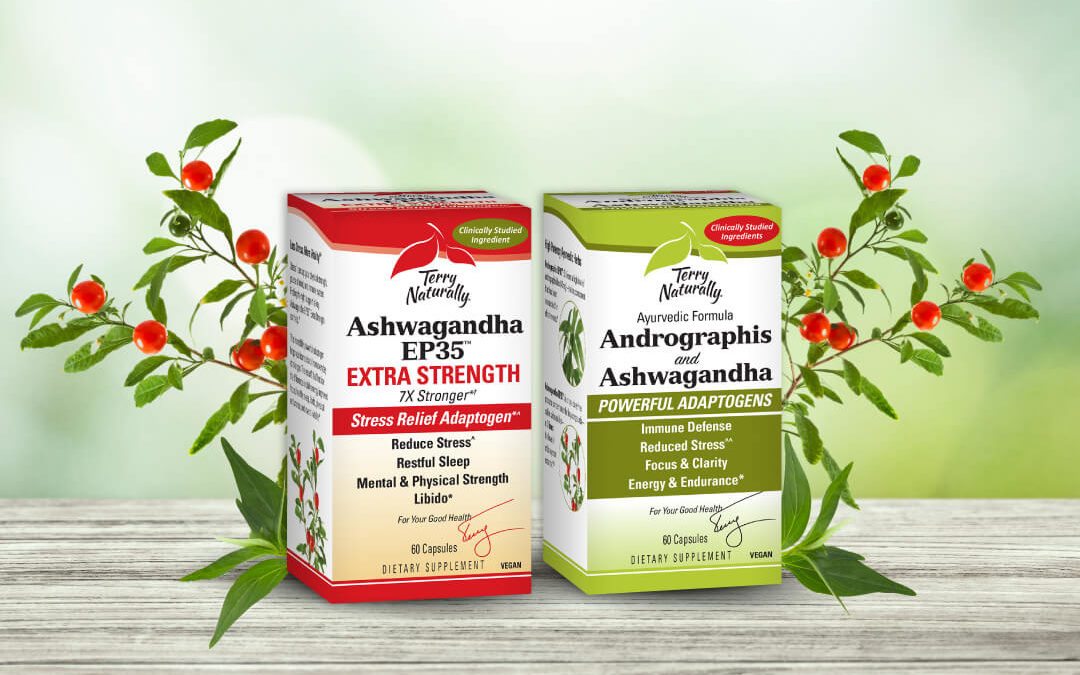 The connection between nature and healing originated far back in ancient civilizations when humans had to search for medicinal properties in plants to fight diseases.
Nowadays, science has acknowledged the power that certain plants have over health, such as the case of Adaptogenic Herbs.

Through this article, you will learn all about adaptogenic herbs, from how they function,  to how they contribute to your wellbeing, as well as the great benefits of the two most potent adaptogenic herbs: Ashwagandha and Andrographis.

What are adaptogenic herbs?

Adaptogenic herbs, also known as adaptogens, are beneficial plants that have been used for thousands of years in traditional Chinese and Ayurvedic medicine because of their rich curative properties for stress and fatigue.

The main function of adaptogenic herbs is to support and regulate the stress response system, which can be triggered by physical and emotional stress.

Imagine how many times in your life you have felt overwhelmed by daily challenges. In other words, how many times has stress affected your wellbeing, and how have you dealt with it? These plants can help.

Why is it important to properly manage stress?

Many people believe stress is just an emotional response, but that is not true. Stress isa physiologic response to a threat.

When you experience stress, your blood vessels constrict, your blood pressure and pulse rise, your breathing speeds up, and cortisol and adrenaline hormones are released.

Studies show that If this stress response is activated too often, your body is overexposed to stress hormones, which can disrupt essential processes in your body causing health conditions like:

Adaptogenic herbs are effective stress regulators that can help reduce the risk of stress-related diseases.

How do adaptogens help relieve stress?

Through our bodies’ natural stress response there is what’s called: “resistance phase”, in which adrenaline is triggered as a way to resist the stressor.

During this phase we feel more energized, clearer, our muscle performance, and our concentration ability increase to fight the stressor.

What adaptogenic herbs do is stretch out the “resistance phase”, allowing us to maintain that powerful effect longer when experiencing stress.

Each adaptogen has its own medicinal property, but in general, they all have the ability to:

Recent clinical research has found that when two of the most effective adaptogens: Ashwagandha and Andrographis are combined, they provide amazing medicinal effects.

Let’s explore separately the properties and benefits of these two magical herbs.

Also known as Withania somnifera, is a plant filled with natural compounds that have proven to support cognitive function, memory, and the stress response mechanism.

The name “ashwagandha” in Sanskrit is a word used to represent the essence of a horse, making reference to the strength and vitality that this plant offers to the ones that take it.

Ashwagandha boosts levels of T-cells, which help eliminate infected viral host cells. Evidence shows that when we are attacked by flu viruses, ashwagandha can stop the virus from replicating.

There’s even potential research in progress to determine Ashwagandha’s ability to block stronger viruses, such as COVID-19.

A placebo-controlled study showed that ashwagandha improved memory, focus, and mental speed after only eight weeks of use.

This adaptogenic herb is also used to help slow the decline of cognitive functions in older people.

Scientific studies have shown that ashwagandha protects brain cells from injury, and helps to better preserve coordination and the brain’s processing ability.

Several clinical studies show that by regulating chemical signaling in the nervous system, ashwagandha has been able to significantly reduce symptoms in people with stress and anxiety disorders.

Ashwagandha has also shown to be effective and safe to use with conventional medications for stress and anxiety treatment.

If you are looking to improve your sports performance, Ashwagandha can help you out.

An Ashwagandha study on 40 elite cyclists showed an improvement in the participants’ physical performance. Ashwagandha helped boost their endurance, increasing the lungs’ ability to bring in oxygen, as well as the heart’s ability to pump red blood cells into the muscles.

In a study in which men took pulverized ashwagandha root daily, the results showed that participants gained muscle strength after 30 days.

Ashwagandha Extra Strength Is a stress relief adaptogen that raises your levels of energy, while regulating stress, and promoting mental alertness.

This powerful supplement is made with Withania somnifera Leaf and Root Extract from India, to provide you with all the natural nutrients of adaptogens.

Its compounds known as andrographolides help prevent and treat the common cold, as well as a wide range of other health conditions, including cancer, rheumatoid arthritis, and joint damage.

Andrographis studies have shown that the intensity of respiratory illnesses

symptoms declined in just two days, this included fever, sore throat, headache, fatigue, and runny nose. And after 4 days of treatment reduced earache, phlegm production, as well as the frequency and intensity of coughing spells.

Andrographolides and eleutherosides found in Andrographis are responsible for their immune system-enhancing actions. Which helps fight the common cold and prevent contagion.

Andrographis studies on HIV patients have shown to increase the number of lymphocytes, helping rebuild an essential part of the immune system.

It has also shown to protect neural cells that are damaged during cancer treatment.

Whether you are part of a training program, or you have a physically demanding job, Andrographis can help strengthen your muscles and recover more quickly.

This is due to its anti-inflammatory properties which help fight inflammation and reduce joint damage and pain.

Ashwagandha and Andrographis by Terry Naturally provide optimal health support and protection to your body.

The combination of these two potent adaptogenic herbs has been clinically studied for documented effectiveness, which makes it the number one natural supplement for overall well-being.

Adaptogens provide everything you need to keep up with your energy all day long. Reduce stress, increase your strength, boost your immune system and recover faster with the power of Ashwagandha and Andrographis.

Find it at our Nature’s Discount stores!