Boost Your Health with Chlorophyll: Benefits, Uses, and Sources 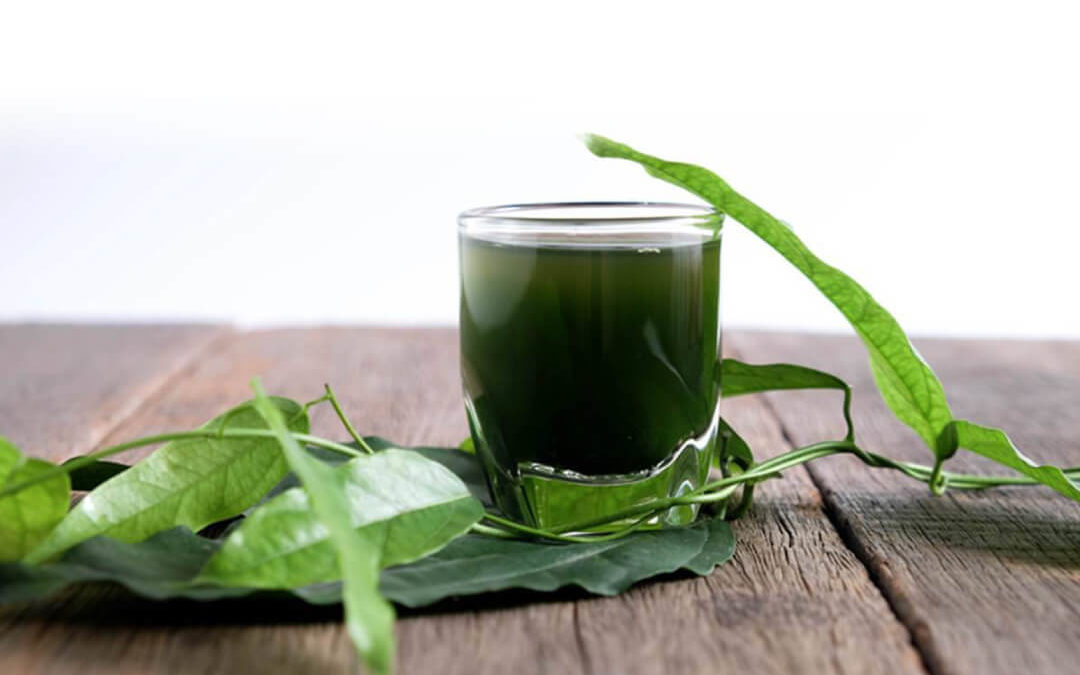 If you have been on social media lately—and who isn’t?—you might have seen people adding some of these “miracle” green drops to their water in the mornings. But why is this such a trend?

These green drops come from chlorophyll, and they provide endless health benefits. Down below you’ll find out what exactly Chlorophyll is, where to find it, how to use it and so much more.

Chlorophyll is a substance that gives plants and vegetables their green pigments, it also keeps them healthy, and helps them during their photosynthesis process.

The topical application of Chlorophyll has been studied and used since the 1950s. Chlorophyll ointments have proven to reduce acné, minimize large pores, and promote wound healing. Nowadays there is still topical medication containing chlorophyll, as well as sprays and gels.

Chlorophyll can be used internally as a supplement, whether it is liquid, powder, or tablet form. When ingested, It provides great benefits such as, regulating high cholesterol levels, reducing constipation, and improving anemia-related symptoms, like fatigue and dizziness.

Chlorophyll is a liposoluble pigment, which means that it cannot dilute in water and that is minimally absorbed by the body. For this reason, although it can be found in certain vegetables like spinach, not all of its properties will be fully absorbed when ingested from a food source.

Instead, Liquid Chlorophyll (the green drops we see trending on Tiktok), contains Chlorophyllin, a water-soluble mix of Chlorophyll, sodium, and copper salts, that is better absorbed by the body than other Chlorophyll sources. According to Noelle Reid, MD, “Natural chlorophyll may be broken down during the digestive process before it is readily absorbed in the gut”.

Chlorophyll’s natural sources besides plants, are vegetables and algae, which you can incorporate into your diet in your daily recommended vegetable servings. If you are not much of a salad kind of person, you can always go for a green juice instead.

The following foods contain a high concentration of chlorophyll:

As mentioned before, if you want to experience the entire health benefits of Chlorophyll, food sources might not be enough, this is why supplementing with liquid drops, or other kinds of Chlorophyll derivatives is key.

Topical uses of  Chlorophyll have shown to have great effects on the skin, helping slow down the aging process.

A study revealed that after applying a gel containing chlorophyllin to the skin of healthy women for 12 days, signs of photoaging seemed to have reduced photoaging (photoaging refers to the aging signs that appear in the skin by chronic UVA and UVB exposure).

Chlorophyllin has antibacterial and anti-inflammatory properties that help treat certain skin affections like acne and herpes around the mouth when applied topically.

Also, there is evidence that shows the benefits of Chlorophyll helping reduce cancerous cells which can develop basal cell carcinoma, one of the most common types of skin cancer.

Chlorophyll has been used as an odor neutralizer since the 1940s. No wonder why now some deodorants and mouthwashes contain chlorophyll.

Researchers have shown that this deodorant effect has been beneficial at reducing body odors in people with Trimethylaminuria, a disease that causes a particular fishy odor.

Chlorophyll has been used for a long time to heal persistent open wounds, such as vascular ulcers, and pressure ulcers. Chlorophyll’s antibacterial and anti-inflammatory properties help prevent infection, and reduce the inflammation and odors caused by open wounds, helping them heal faster.

Chlorophyll speeds up waste elimination, balances fluid levels, and reduces constipation, at the same time it supports a balanced metabolism.

A study conducted in 2014 in Sweden showed that the intake of Chlorophyll supplements accompanied by a high-carbohydrate meal helped reduce the feeling of hunger.

Also, previous research has shown that Chlorophyll, helps balance the release of hormones that make us feel satiated after eating, like cholecystokinin, ghrelin, and insulin. This can prevent compensational eating later in the day, which could lead to weight gain.

Chlorophyll increases the liver’s natural ability to eliminate toxins and waste from our bodies.

Research on Chlorophyllin showed how copper and sodium salt from Chlorophyllin supported the process of detoxification, helping fight liver damage, and even having a positive effect on liver cancer treatment.

Liquid Chlorophyll has blood-building properties, it can increase the count of red blood cells, as well as improve their quality. This makes Chlorophyll a substantial treatment for hemoglobin deficiency conditions, such as anemia and thalassemia.

A study made in 2016, showed how after implementing Chlorophyll as part of the treatment in patients with Anemia, their symptoms were significantly reduced.